"Globally acclaimed National Award winner #Nirbashito releases tomorrow on Home Video. Don't forget to grab ur copy," was tweeted by the production house Shree Venkatesh Films for the Churni Ganguly directorial. The film is an allegorical tale, seen through the eyes of a woman, whose unnamed character is based on controversial Bangladeshi writer Taslima Nasreen and a cat named Baghini, whose character is based upon on Nasreen's cat Minu. 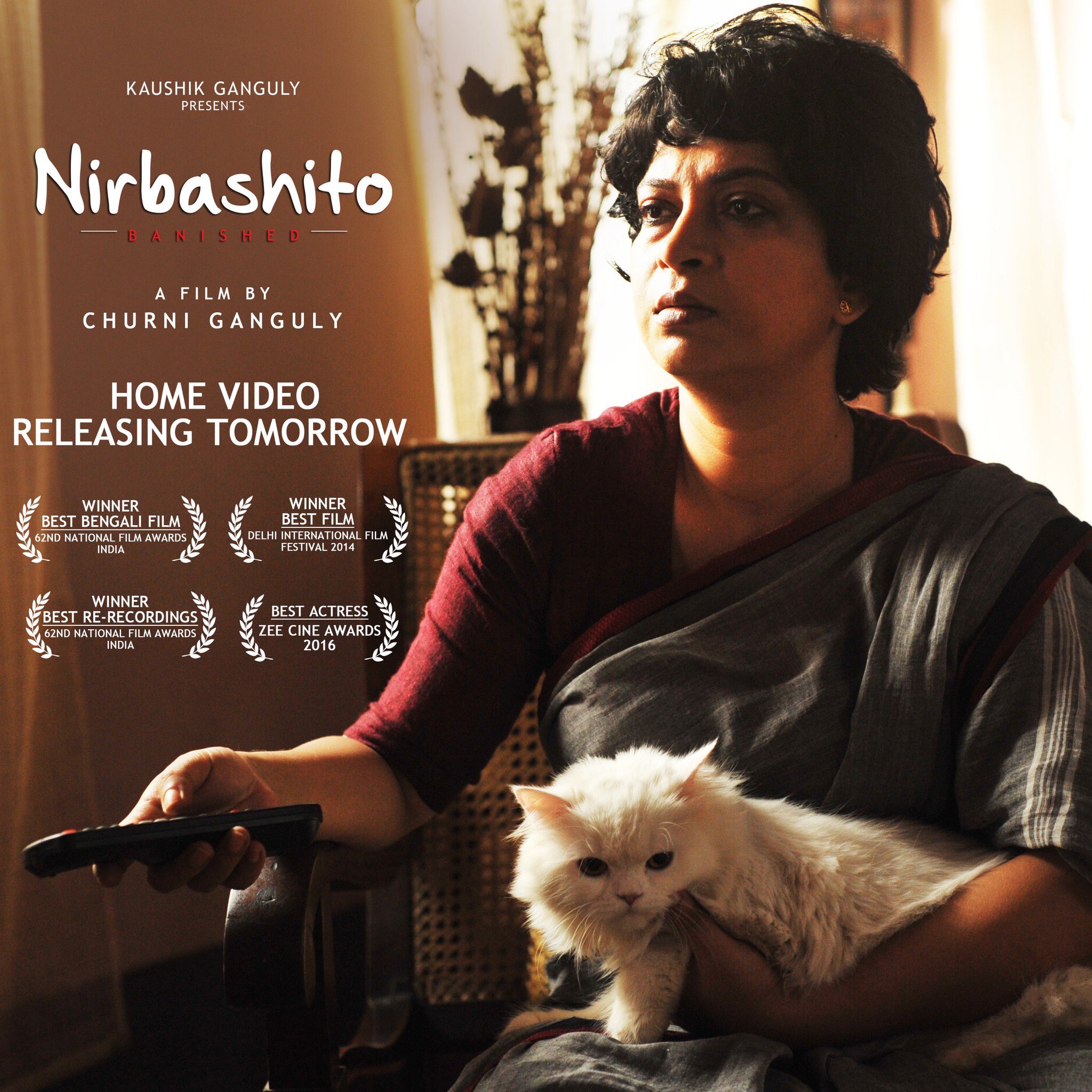